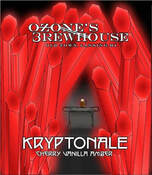 Kryptonale
Cherry Vanilla Amber
​5.1% • 29.3 IBU
A malt bomb of an amber ale meets up with Tart Cherries from King Orchards in Northern Michigan, and Vanilla Beans to create a truly unique brew. Tart Cherry and vanilla up front with caramel and biscuit on the back. 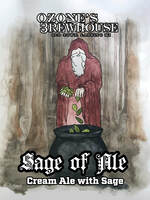 Sage Of Ale
Cream Ale with Sage
5.5% • 17 IBU
The light American Cream ale takes on some wisdom from fresh Sage added into the fermenter. Light bodied with sage upfront and a crisp malty finish, perfect for summertime on the deck. 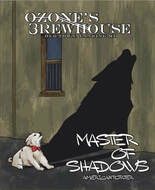 Master of Shadows
American Porter
5.4% • 31.5 IBU
A full bodied porter with a roasty/coffee like nose with a nice chocolate flavor and moderate roast levels to compliment. 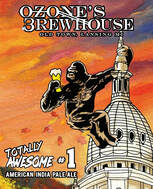 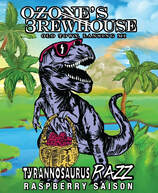 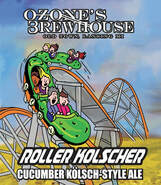 Roller Kolscher
Summer Seasonal May 29 – until gone
Cucumber Kölsch
5.6% • 30 IBU
Cucumber on the front end and light malt notes of biscuit and straw on the back end with a slightly dry finish. Crisp, refreshing, and easy to drink on hot sunny days. 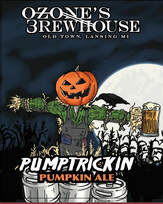 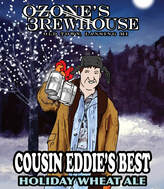 Cousin Eddie's Best
​Winter Seasonal November 24 – until gone
Holiday Pale Wheat Ale
5.5%  30  IBU
An American wheat ale brewed for the Holiday's with honey, ginger, and clove.  Delicate nose of ginger, followed by more ginger, clove and notes of grainy wheat and biscuit on the back end.  Much more welcome at your holiday events than Cousin Eddie showing up with an RV.  That's recreational vehicle! 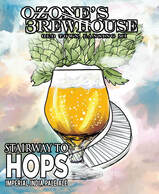 Stairway to Hops
Imperial/Double IPA
8.2%  88 IBU
An American Imperial IPA hopped generously with Citra and Mosaic.  A great nose and flavor of tangerine, melon and papaya with just a hint of alcohol on the end to warm you up with a  pleasant residual bitterness. 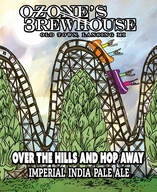 Over the Hills and Hop Away
Imperial/Double IPA
8.5%  96 IBU
An American Imperial IPA hopper generously with Mosaic and El Dorado.  A dank hoppy nose leads into candy like fruit flavors of papaya, melon and honeydew with just a hint of pineapple finishing with a nice malty base. 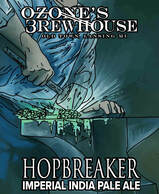 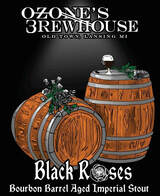 Black Roses
Imperial/Double Stout, released in mid-February
9.8%  55 IBU
Our Imperial stout aged in Bourbon Barrels.  The result is an aroma of Bourbon and chocolate, mixed nicely with flavors of Bourbon, chocolate, roast, caramel, vanilla and dark fruity esters.  Full bodied, but deceptively smooth.  We also produce variations of this fantastic beer offered during a February release.  Watch our Facebook site for information on these unique offerings! 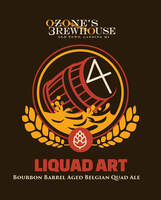 LiQuad Art
Belgian Quad
10.9%  47 IBU
A Belgian Quad aged in Four Roses Bourbon barrels.  This beer is brewed, fermented, seasoned and then put into the Four Roses barrels after the Black Roses has been kegged.  It stays in the barrels for months until it says it's ready.  This Belgian Quad is deceptively smooth with flavors of toffee, caramel, plums and prunes.  It's everything a Belgian Quad should be and more!

At Ozone's Brewhouse, we always have 12 house made craft beers on-tap!  Several of our beers have been described above.  In addition to our 7 barrel brewhouse, we employ a 1 barrel pilot system to enable us to bring new beers to you almost weekly.  These beers provide unique flavors in varying beer styles to keep your palette smiling.  Check the "On Tap" page here on the drop down above to see the beers currently available in the taproom.